How he longed for release from the pressure.
How he wanted all of the madness to cease.
Everyone wanted a piece of him.  It seemed as though everyone and everything wanted to destroy him.
Wallowing in the mud of self-doubt and stuck in the mire of self-pity, he retreated from life; from true self; from the divine call. 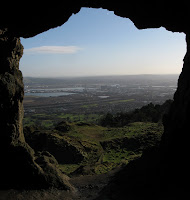 A move that he thought would lead to his ultimate freedom brought him into a deep cavernous prison instead.  There he sat in the recesses of his personal darkness with head in hands.  The shadows were so thick, so ravenous they threatened to swallow his very soul.  He was certain that he would never again see the light of day.  He knew this is how it would be and how it would end.
Abruptly, Light beckoned him to the mouth of the cave of self-abasement.  Walking out of the cave, he stood in the clearing completely vulnerable.  He blinked back the pain as his eyes adjusted to his new surroundings.
At that moment, a violent wind, ripped through the mountain stripping the land bare.  Following the wind came a mighty earthquake tearing his entire world open to its core.  Then a raging fire scorched the old landscape making it ready for new growth.
After all of this, the man heard a gentle whisper.  This wasn't just any whisper.  This was a holy whisper; a whisper he heard resounding in the depths of his being.
The Whisperer said, “What are you doing here, Elijah?”
Gently, the Voice spoke his name and gave this man life.  With this most profound word, Elijah was reminded that God is in control.  Upon hearing his name drip from the lips of the Almighty like honey, he reclaimed his birthright as a child of God.
That day, the man walked away from the cave of fear and trembling into a life of passion and holy confidence.  It would not be easy.  The road before him would have many unexpected bumps and curves, but he knew that he did not walk alone.  And it all began with a gentle whisper in the silence. 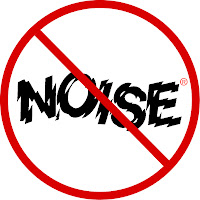 What are the noises that you hear?  What are the noises with which you intentionally fill your life?  In the midst of the cacophony, can you hear the gentle whisper of the Divine calling out your name…giving you life?
This season of Lent, take the time to strip away all of the noise of your life.  There in the silence of your life, you may just hear the divine whisper speak your name and remind you of who you are.
This Lent take the time to Listen for the whisper in the silence.
“Be still, and know that I am God!”  Psalm 46:10
First Testament