Playing in the Water 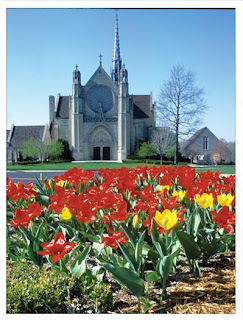 I have been a part of Second Presbyterian Church for over 20 years.  I have seen a lot happen in that incredible building full of that amazing congregation.  But today, something new happened.  It was something that unexpectedly transformed me (I guess all transformations are unexpected, but this one knocked me off balance).

One of my favorite moments in worship is infant baptism.  I love the liturgy.  I love watching the faces of the parents.  I love the questions asked of the parents and the congregation by one of our elders.  I love to watch the pastor as she holds the young child and asks the parents for the child's "Christian name".  I love the water as it caresses the head and trickles down the face of the infant.  I love the way the child acts and interacts with everything that is happening.  It is almost as if the baby knows something big is about to take place!

Today, a young boy was handed to the minister by his mother.  She told the minister his name, and then something amazing transpired.  As the minister approached the baptismal font the child saw the water glistening there.  His eyes were fixed.  You could tell that as he leaned in toward the font that he wanted the water.  He reached for it, and the minister did her best to redirect him by shifting his weight in her arms.  Undaunted, the little one once again reached out for the water.  This time he got his hand in it, and that was when the fun really started.

This beautiful child of God leaned in with all his might and began having a splash fest in the waters of baptism.  He could not be stopped.  He was going to play with this water and there was nothing the minister or anyone else could do about it.  To her credit, the minister allowed it to happen once she saw that it was inevitable.  In fact, it appeared as though she allowed herself to enjoy it almost as much as the child did.  By the time the baptism was over, the entire first row of children gathered on the chancel steps to witness the baptism were wet with the waters of baptism.

And then the question hit me as tears welled in my eyes.  Do I have the courage to play in the waters of baptism?  Do you?

In the waters of baptism...
...we are purified.
...we are reminded that we belong to something bigger than ourselves.
...we are named as children of God.
...we are covered in God's grace.

Are there any better waters in which to play?

This morning one child had the courage to play in the water, and the congregation was reminded that we all should find joy there.