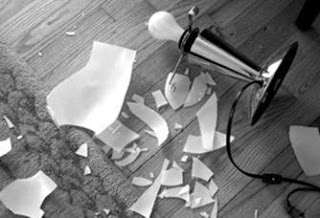 Ezekiel 18:1-4 and Ezekiel 18:25-32
You come in the house and there to greet you in the middle of the living room is your only child.  Right next to her tennis-shoed feet is the antique lamp that once had a place of prominence in her great grandma’s living room and now is found on the floor shattered into a thousand tiny pieces.  After quickly scanning for any evidence of blood or bodily harm you gather yourself and ask what appears to be the most logical question.
“Honey,” you say in your forced tender grown-up parent voice, “what happened in here?”
With the biggest, saddest eyes ever seen your precious only child says with all the sincerity she can muster, “I…I don’t know.”
Reminding yourself to be calm while you feel your blood pressure continue to rise you say, “Well sweetie, how did the antique lamp break?”
After a moment of painful and pitiful silence and a couple of false starts, she finally says, “B…B….Baxter Bunny broke the lamp when I left the room.”
And there it is.  Your precious, apple of your eye, only child, has just blamed her invisible yet very real friend, Baxter, for her indiscretion.
Yet, in spite of the absurdity of such a claim you somehow understand.  Baxter the bunny has always been full of mischief.  (Pause)
Your understanding goes beyond knowing your child’s habits, accidents and proclivity to pass the blame.  You genuinely understand.  After all, you too have a Baxter.  We all do, don’t we?  Sure, they go by different names and may not be invisible bunnies, but we all indeed have someone or something that receives the blame for many of our mistakes and foibles.  Our parents, our siblings, our boss, our professors, our government, the media…and the list could go on and on.
There is a different way.  God calls us to break away from our old familiar patterns.  God calls us to repent, to turn, to take personal responsibility for what is ours so that we might truly live.

In the text from Ezekiel above, we hear the voice of the prophet who is living with his brothers and sister in exile in Babylon.  It is from this exile and then back into this exile that Ezekiel speaks.
Scholars have said that the book of Ezekiel can be divided into two parts.  In the first section, God uses the voice of Ezekiel to speak about the potential reasons for the captivity of the nation of Israel at the hands of the Babylonians.  Then, by contrast, in the second part of the book we find Ezekiel speaking of the hope that can be found in the Lord and in the future restoration of the kingdom.
Today’s text from Ezekiel 18 comes from the first portion of the book in which an explanation for the exile is given.  Chapter 18 begins with the voice of God decrying a popular saying that was found in Israel.  The saying goes, “The parents have eaten sour grapes, and the children's teeth are blunted.”  This phrase, this saying, was a way of claiming that the sins of the parents would be passed on to the children.  According to Ezekiel, God decrees that this saying must not be heard any more in Israel. 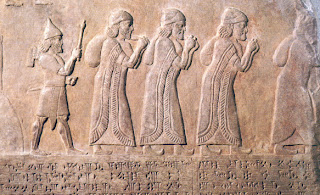 Now why would God use the voice of the prophet to say such a thing?  This saying was not an appropriate explanation for the exile and the pain of the nation. This saying had become a crutch; an excuse for the people.  It had become a way for them to hide themselves from personal responsibility.  It had become, if you will, their Baxter Bunny.
Through the voice of the prophet, the Lord speaks and says that each person is loved by God and is responsible for their actions.  God is calling the people of Israel into and toward personal responsibility. This message was not easy to hear then neither is it easy to hear now.
In the verses that follow this passage, Ezekiel illustrates his point by speaking of several different generations who each bear the personal responsibility for their decisions, some for better and others for worse.
Then we come to these important words, the climax, where the point is driven home. Again God speaks and says, “Repent and turn from all your transgressions; otherwise iniquity will be your ruin. Cast away from you all the transgressions that you have committed against me, and make (receive for?) yourselves a new heart and a new spirit! Why will you die, O house of Israel? For I have no pleasure in the death of anyone who dies, says the Lord God. Turn, then, and live.”  God calls Israel, the covenant community, yes, but also the individual to repent, to turn; to take personal responsibility for their actions.
There is corporate culpability, of course.  However, you see, there is also individual responsibility.
Now, I must confess that this was and continues to be a difficult passage for me.  As I read, I found myself wanting to shout, “But what about the child who is abused?”  The sins of one generation do impact another.  “What about the drunk driver who kills a mother and her two children leaving behind a single father and their six-month old?”  The sins of one generation do impact another.  “What about slavery?”  “What about the treatment of the Native Americans?”  “What about….”
Yes.  Yes.  Yes.  Indeed the sins of one generation do have an impact on the next.  And, our passage of Scripture is not denying the truth of this statement.
However, this passage of Scripture is challenging us to change the way we think and the excuses we make.  We, along with exiled Israel, are being called to live a life characterized by repentance.  We are being called by this prophetic voice from over 2500 years ago, to step away from the status quo of our easy excuses.  We are called to be honest with ourselves and our God.
Why should we live a life characterized by repentance?  We should we live such a life because by turning – turning from our sin and familiar ways and turning toward something new – we turn toward life. To be sure, this is not an easy venture. However, it is one to which we are called to become more familiar. We are called to leave the old, the familiar, the safe behind and turn toward transformation and renewal. 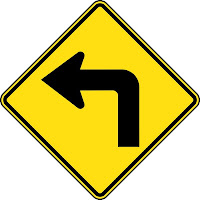 Sitting in your favorite chair reading your favorite magazine, you feel a little tap on your leg.  There she stands in front of you once again with those same beautiful big eyes now filled with tears – your wonderful only child.
“Honey, what is wrong?” you ask.
Looking down at her sparkly tennis shoes and shuffling her feet back and forth she says, “Um…Baxter Bunny didn’t break the lamp.  I…I broke the lamp.  And I am sorry.”  And the tears that once filled her eyes now spill down her cheeks.
You reach down; scoop her up in your arms and into your lap.  You look deep into those big eyes and quietly say, “Thank you. It is okay.”
And somehow you are thankful; you are thankful not because she is feeling guilty; you are thankful not because of her pain.  You are thankful because she had the courage to come to you.  She came not to earn your forgiveness. She came because she knew she could find forgiveness in your eyes, acceptance in your arms and love in your presence.

Friends, let us turn.  Let us all repent.  God’s ways are just.  God’s ways are fair.  God desires that all should live.  Forgiveness is offered.  And only in turning can we receive.
Let us “turn, then, and live.”