New Narrative - The Courage to Persevere

By Brian Shivers - December 06, 2011
I love Christmas music. I love to sing along loudly in the car, in my home or even occasionally in the aisles of Target (yes, I really do it!). The music brings back so many fun memories of Christmases past - family, friends, gifts, reunions, lights, decorations, etc.

One of the memories that often comes flooding into my mind is of singing in our high school's annual Christmas Extravaganza concert. Christmas Ex, as it was lovingly called, was the big winter concert in which every singing group in our school participated. It was a ton of fun to learn the holiday music and put together such a wonderful holiday show for our small community. One of the best things about this show was participating in Choral Union. Choral Union was a combined choir of all of the choral students (literally hundreds) gathered to sing two or three holiday songs together at the close of the show. As someone who sang bass in high school, two Choral Union pieces stand out in my mind - "Carol of the Bells" and "Little Drummer Boy". The bass part is distinct in both pieces. In "Carol of the Bells" the basses get to do some fun stuff along the way. In "Little Drummer Boy" the bass line is monotonous and perpetual. Both were fun, and I remember the bass part even to this day. 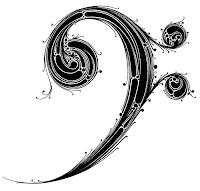 As a part of the whole the basses are generally not recognized. Because of this, singing bass can often be thankless and somewhat tiring. However, if the basses were to be removed from either piece mentioned above, the song would not be the same. It would not be complete because its foundation would be missing.

Speaking a new narrative into the lives of the young people in your life is much like singing bass in the choir. It often goes unnoticed and can be rather monotonous and somewhat tiring. However, if this bass line were to be removed or was missing from the lives of young people altogether, everything else would be at risk of collapsing in upon itself. Speaking a new narrative takes the courage to persevere even when it seems as though the battle is futile or all but lost.

My brother had an incredibly difficult time in his late teens and early twenties. It would not be an overstatement to say that my family almost lost him more than once during those years. Years later, we were having a conversation with my parents and I remember him telling them, "If it weren't for the fact that I knew my family loved me, I would not be here today. I would have given up. I can't tell you how much it meant and still means to me that I am loved." My parents fought long and hard to continue to speak a new narrative into my brother's life in spite of the surrounding circumstances. They often did not approve of his behavior or decisions, but they always let him know that he was loved - no matter what. 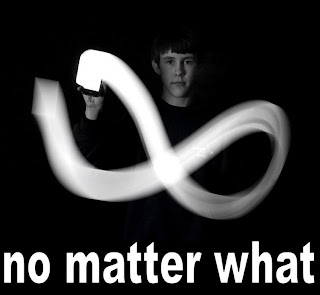 The new narrative cannot take a break any more than the basses can decide to take a portion of a song off. This new narrative is the foundation upon which the beautiful song of a life can be built. It is worth the struggle to persevere.

Know that you are not alone. Find other parents who are also committed to speaking a new narrative into the lives of young people. Band with them. Support one another. Encourage the effort extended. Persevere.

Our young people need us to continue to lay down the foundation of love and acceptance upon which the song of their life can soar.
Faith Conversations High School Ministries Middle School Ministries New Narrative Youth Ministries