Fa-la-la-la-la, la-la, la-la.
‘Tis the season…
for lights,
for trimmings,
for boxes,
and bows,
for presents wrapped under the tree, 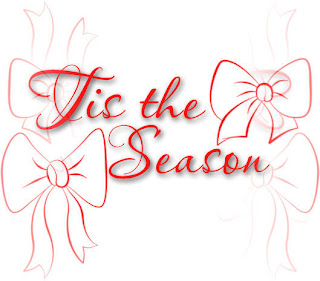 Fa-la-la-la-la, la-la, la-la.
‘Tis the season…
for parties,
for eggnog,
for fudge,
and pumpkin pie,
for family we see only once a year.

Fa-la-la-la-la, la-la, la-la
‘Tis the season…
for shopping,
for sales,
for commercials,
and traffic jams
for stores overcrowded with holiday cheer?

Yes, we may laugh. But often, we arrive at this night overwhelmed, fatigued and perhaps even frazzled wondering where the season has gone.  Many of us love this time of year, but somehow, somewhere along the way it can become little more than a nuisance and a hassle to our everyday lives.  If pressed, others of us would admit that we do not like or maybe even dread when the calendar approaches mid-November.

When the season is finally over, we find ourselves wondering what happened? Where exactly did the joy of the season go?
Where was the mystery?
That for which we had been preparing and building toward for months is now passed, and we are left living our ordinary lives once again.

What is this scandalous news? The scandal is the prophecy that led a king in the 8th century BC to make an unholy alliance in order to avoid its message.  We heard this news, this prophecy, tonight in the words of the prophet Isaiah when he spoke to Ahaz the king of Judah, the southern kingdom, which stood on the brink of annihilation and captivity.  The prophet told him of a coming sign. He spoke of a child who would be born and was to be named Immanuel – which meant “God with us”.  This child was to be a reminder of God’s promise and covenant with God’s people. 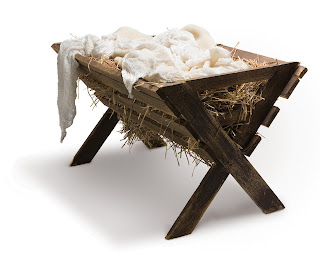 The scandal is that which caused a nervous first century leader, named Herod, to commit heinous crimes in a vain attempt to eradicate the truth of God’s real presence in the flesh.  We heard it a second time tonight when Isaiah’s message was repeated some 900 years later by the author of the Gospel of Matthew.  He understood the prophetic words, the scandalous words, to speak of a child to be born into his own first century world of occupied Israel where the Temple had been destroyed once again and the identity of a people hung in the balance. He heard the prophet's words anew and they spoke directly, emphatically into his world.  The author of Matthew wrote, “an angel of the Lord appeared to (Joseph) in a dream and said, ‘Joseph son of David, do not be afraid to take Mary home as your wife, because what is conceived in her is from the Holy Spirit. She will give birth to a son, and you are to give him the name Jesus, because he will save his people from their sins.’ All this took place to fulfill,” the author says, “what the Lord had said through the prophet: ‘The virgin will be with child and will give birth to a son, and they will call him Immanuel’ – which means, ‘God with us’ ” (Matthew 1:20-23). (PAUSE) This is the scandal of the season.  This is the scandal of the manger.

Of the incarnation, God made flesh, theologian Shirley Guthrie wrote, “In a weak, helpless baby lying in a cradle in a barn!...What an inappropriate place to meet ‘Almighty God’! How unspiritual! But hidden in this peasant baby…there is God…personally present.  God is not a (child), but this (child) is God-with-us” (Guthrie, 58). Immanuel – the scandal of Christmas.

It would be simpler if God would just stay at a safe distance from the world – from us. It would be more comfortable if God would remain predictable. It would be far easier if the manger were a fine resin display that could sit on a shelf in the living room only to be dusted off occasionally.  At times, we would prefer a distant, predictable and plasticine god if we could have our choice.

However, the God of Christmas, this scandalous God has a different way. God, the God of the Nativity, is a God of intimacy, the unusual, flesh and blood. This God of the manger is convicting, convincing and constantly calling us to something more.  This is the dangerous nature of the Nativity. This is no sanitized simple faith. In fact, the cradle beckons us to remain in this same messy and wonderful world into which Immanuel was born proclaiming “God-with-us” through the manner in which we live.

Again, Guthrie writes, “The Christmas story is anything but a sentimental, harmless, once-a-year occasion for a ‘Christmas spirit’ (or fa-la-la-la-las) that last only a few days before we return to the ‘facts’; of the ‘real world.’ Christmas is the story of a radical invasion of God into the kind of real world where we live all year long – a world where there is political unrest and injustice, poverty, hatred, jealousy, and both the fear and the longing that things could be different.” And because of the Immanuel, things are different. 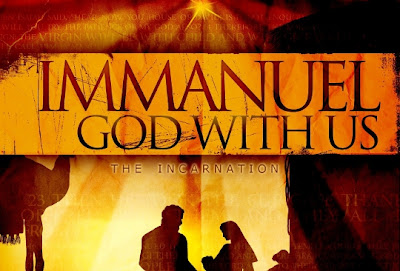 Christmas is dangerous, powerful and risky. For at Christmas, God did not come near. No, God became flesh. This is the decisive disclosure of God.  Immanuel is the ultimate expression of the covenant of God with God’s people.
Immanuel – God with us…here – right here, right now.
And that is the scandal of Christmas. Amen.
Prose Sermons