By Brian Shivers - January 05, 2012
Today was an incredibly challenging day.
There are many reasons why this was true. Many of them I have yet to unpack and may be unpacking for years to come. Actually, I am quite certain that it will take years - quite possibly a lifetime.
Today, we met with a leader of a local NGO that is working against house demolition throughout Israel and Palestine, a rabbi who works with a group of concerned rabbis for the ethical treatment of all in this region, a Jew from New York who lives in a settlement near Bethlehem, and a Palestinian Muslim who's home of over 50 years had been taken from him and his family then given to a Jewish family.
It was a heavy day to say the least. So much was said, and I am only now beginning to hear it all.
We have been given so much already on this trip. And now I am starting to sense that much is to be expected of us as well. So it should be.
Two quick anecdotes to tell a little about the day -
First, Nabeel Al-Kurd, the Palestinian Muslim who graciously welcomed us in to his wonderful home, was one of the most beautiful human's I have ever had the pleasure of meeting. His mother and wife made us all coffee and offered their living space to us. As we sat and listened to his heart wrenching and mind transforming story, he said, "There is no difference between me, the Christian and the Jew. We are all of the same God." Now whether you agree with his theology or not, you have to be moved by his spirit of peace, grace and unity. This is a man who has had his home - the home in which he grew up, the home in which his children grew up, the home of which his family has been the only owner - taken from him. And yet he can still believe and say with conviction that we are no different. 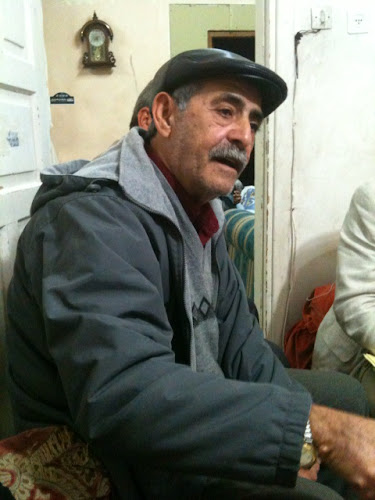 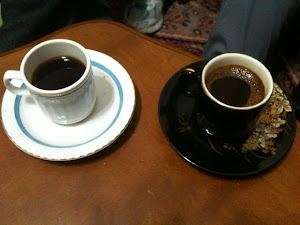 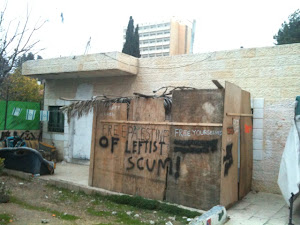 Second, Rabbi Yahiel Grenimann, from the organization Rabbis for Human Rights told us this story from the Talmud. In response to what is the greatest commandment, one rabbi said that it is to "love your fellow as yourself." The second rabbi said, "It must go deeper than that. It is too easy to think of your fellow as only the one who is just like you. I think the greatest is that God created humanity in God's image. Male and female God created them. In the image of God, God created them. This speaks to the worth and unity of all humankind. There is nothing greater than this."
The problems are deeper here than can be imagined. These two men among many others have given me hope that there is a solution out there. It will not be easy, but it will indeed be worth it. And we are all charged to do something. 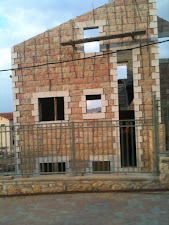 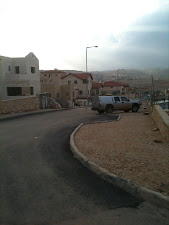 (The two pictures above are of Jewish settlement homes in Palestinian territory outside of Bethlehem)
So, what about the sites? We saw two significant sites today.
The first was the shepherd's field outside of Bethlehem. This is where tradition says the angels appeared before the shepherds announcing the birth of Jesus. You will see it in front of the homes in the first picture below.
The second was a hill on which tradition says the prophet Elijah rested on his way to Mount Horeb where he hid in a cave and experienced the presence of the Lord in the "sound of sheer silence." (1 Kings 19) The Monestery of Elijah is now located on this hill. You will see it in the second picture below. This is one of my favorite passages of scripture. 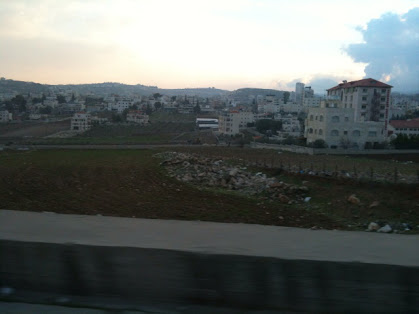 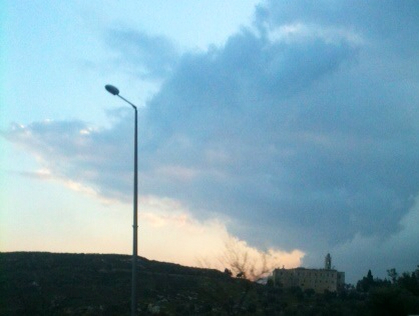 Thank you for your prayers. Hope you are well.
Shalom from Palestine and Israel.
Prose Thoughts Travel