In Memoriam - A Memorial Day Tribute

Ket Baldwin, neighbor, September 11, 1925 - May 6, 2012. It was an honor to grow up in the shadow of his house and often under the cover of his roof.  Everything about this small giant taught me that it truly takes a village to raise a child.  His wry smile never faded and his door was never closed to any child in the neighborhood who wanted to play, to hang out or to have a homemade pop cycle.  Ket and his beloved wife Ruth were an example to me of devotion and love.  His quiet strength and spirit of volunteerism was the anchor that held our tiny village together.

Forrest Lyons, Jr., coach, January 25, 1932 - May 13, 2009. Being friends with Forrest's son, Andy, gave me a glimps into his life and his living legacy.  I played for coach Lyons for only one year, and not only did we win the championship, but Forrest taught me that you could have fun and achieve your goals at the same time.  Forrest invested his time and energy in the lives of not only his own children but also countless children in the community.

Beulah Mae McNeely Shivers, grandma, April 14, 1906 - February 18, 1995. It is such an honor to be the youngest grandchild of Beulah.  Her life echoes into and through mine in ways that I cannot express.  When I was four years old, my grandmother began introducing me as her "little angel, who was going to be a minister one day." She may have been wrong on the angel part, but she was right on the minister part. She lived with faith and a passion for the message of the Gospel that was unmatched.

James P. Shivers, dad, October 7, 1937 - August 29, 2003. There are no words for the impact this man has made on my life.  My father literally breathed the essence of life into my lungs when I had stopped breathing as the result of an illness at age two.  He continues to breath that same spirit into my life to this day.  I am honored to carry his name and humbled to live into his legacy.  My hope and prayer is that I can be half the father he was to me, husband he was to my mother, and friend he was to many.

There are so many others who deserve to be spoken of in this post. Time and space do not allow.  However, on this Memorial Day the impact of their lives are not forgotten.  I give thanks for the beauty of life well lived and rich legacy left.

For whom do you give thanks this Memorial Weekend? 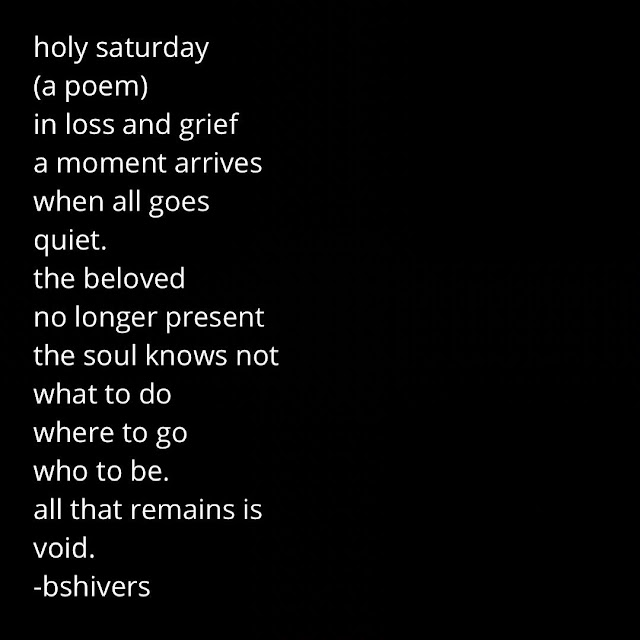