The Summer When Everything Changed 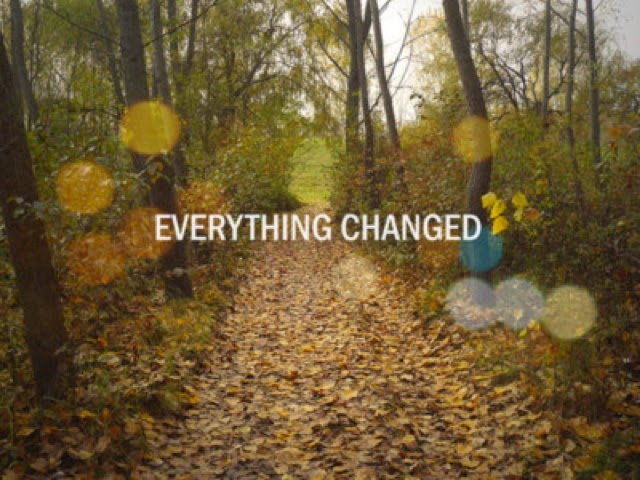 This has been a long and an amazing summer full of trips with students, family getaways, important meetings, big decisions, reading, and lots of thinking. All the while the world has continued to spin on its axis, and its people have been struggling in both small and mighty ways to get along with one another. There is so much to reflect upon and write about. The next several posts will be about many of these experiences and happenings. Please be patient as I fumble my way through.

For those of us in the PCUSA, the beginning of the summer was marked by decisions made at our general assembly (GA) held in Detroit, Michigan. The GA is held once every other year and brings Presbyterians from around the world together to pray, worship, meet in committees, and vote on issues that are viewed to be important to our community and our unique expression of faith. In Detroit, the assembly entertained hundreds of issues and overatures. Several of the decisions made proved to be difficult and contentious. Not the least among these were decisions the body made on the definition of marriage as well as divestment from three companies who do business in Israel/Palestine (for more information please go to http://oga.pcusa.org/section/ga/ga221 and for a thoughtful response please see Dr. Lewis Galloway's letter to the congregation of Second Presbyterian Church here).

A couple of weeks following GA many members of our congregation gathered for a concerned conversation moderated by Dr. Galloway and Dr. Richard Baker, Theologian in Residence. I am proud of this congregation for meeting many of the difficult moments in our denomination with fair, focused, open, and balanced discussions such as this. This was not an easy conversation to have, but it was critical to our sense of community. Differing opinions were spoken and varied voices were heard. I am thankful for such an approach to what could be incredibly divisive issues.

Toward the end of this meeting, one of the elders of our congregation who was baptized in the church as an infant, has lived through church moves and near church splits, and has served in many capacities within the life of this congregation stood up to tell this story...

When he was in high school in the late 50's he was on the wrestling team at an integrated high school. He wrestled with and against caucasian as well as African American young men. One afternoon he and his father went to a local club for lunch. After they were seated, one of his friends, an African American young man named Joe, came to their table to serve water to him and his father. As the young man stood at their table, the elder's father said, "Boy, pour me some water." This elder, with a lump in his throat and tears in his eyes then said that on the way home from the club he told his father that the young man that came to serve them water was a friend of his from school. He told his dad that they were wrestling teammates and that he had really grown to like this young man. He said that the young man was kind, responsible, and a reliable friend. He then said, "Dad, his name is Joe."

Then, standing before over a hundred of his fellow congregants, this elder said, "You see...everything changes when you know someone." And with that, he sat back down.

I am thankful for this summer when everything changed.
GA New Narrative stories Thoughts Youth Ministries