43When the two days were over, he went from that place to Galilee 44(for Jesus himself had testified that a prophet has no honor in the prophet’s own country). 45When he came to Galilee, the Galileans welcomed him, since they had seen all that he had done in Jerusalem at the festival; for they too had gone to the festival.

46Then he came again to Cana in Galilee where he had changed the water into wine. Now there was a royal official whose son lay ill in Capernaum. 47When he heard that Jesus had come from Judea to Galilee, he went and begged him to come down and heal his son, for he was at the point of death. 48Then Jesus said to him, “Unless you see signs and wonders you will not believe.” 49The official said to him, “Sir, come down before my little boy dies.” 50Jesus said to him, “Go; your son will live.” The man believed the word that Jesus spoke to him and started on his way. 51As he was going down, his slaves met him and told him that his child was alive. 52So he asked them the hour when he began to recover, and they said to him, “Yesterday at one in the afternoon the fever left him.” 53The father realized that this was the hour when Jesus had said to him, “Your son will live.” So he himself believed, along with his whole household. 54Now this was the second sign that Jesus did after coming from Judea to Galilee. 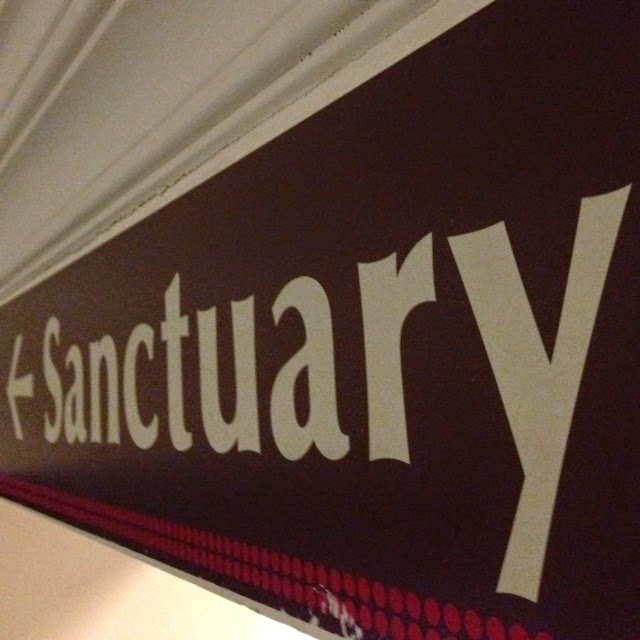 Join in the Lenten Photo-a-Day Project. Take a photo each day that somehow reflects the theme. Post your photo to social media (Facebook, Twitter, Instagram) with the word of the day and these hashtags #40days40looks and #lentwith2nd. This is a great way to journey through Lent together.

What sign are you looking for?
What sign do you need to see?
What are some of the unexpected places where you might see the signs?